Kauser, a resident of Rawalpindi, Chour-Harpal, is in her forties. It has been twenty years since she married Asif Hameed. Asif, who had always enjoyed working as a tailor, worked as an expert in tailoring coats and pants at “Amir and Son Enterprises”, a shop located on Kashmir Road in Rawalpindi. Despite their financial situation, the couple was living happily with seven children.

Kauser recounted her story to DHR Pakistan in the following words:

My name is Kauser and my husband disappeared in 2013.

On October 10, 2013, before heading to his shop, Asif took our five daughters and two sons along, to drop them off at his mother’s home. Upon reaching the shop, he found some policemen and some plain-clothed men waiting for him. Asif quickly called me and told me that some policemen were taking him with them and that he would be back in a few days.

For the next three days, I kept calling Asif. At one point he picked up and said, “I am somewhere in Okara”. After that, I was no longer able to reach him. During this time, I kept receiving calls from unknown numbers, threatening me and ordering me to remain silent.

In December 2015, the Superintendent of Police called and informed us that the secret agencies have confirmed the custody of Asif. The Commission of Inquiry held around twenty hearings in three years regarding this case. However, there was no information regarding my husband. 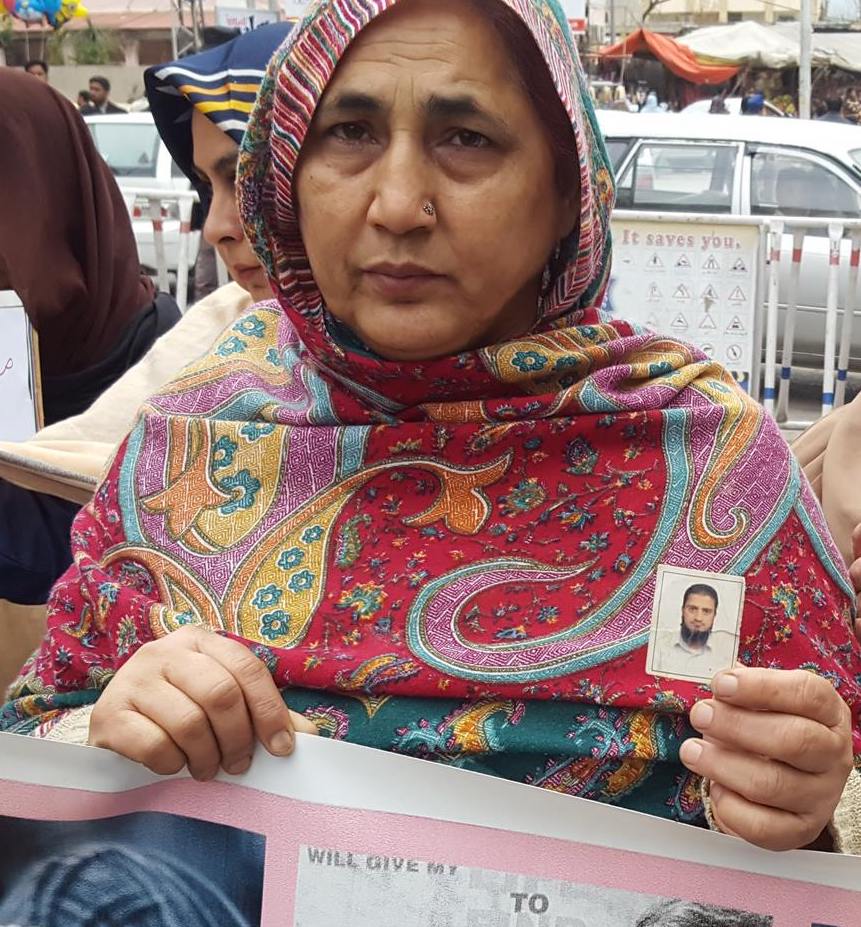 I never left my house but when my husband disappeared, I had to leave the house and work as a maid in different places. I used to wash clothes, and clean their houses for living and surviving for my children.

She further mentioned: I used to go out, with my daughters, for the sake of earning money but the relatives and neighbors used to put nasty blame on us. God knows the truth; people do not understand. My relatives used to mock me when I used to go out to find out the whereabouts of my husband. My mother-in-law used to say that women do not go to police stations and commission and I should leave this matter to Allah.

In April 2016, I was diagnosed with cancer. My in-laws who were already hostile towards me and my children became more bitter. One day, Asif’s father started beating me and my children and threw us out of the house. We were completely alone and broken after this incident. With the help of DHR Pakistan, our situation got a bit better. We started living with meager resources in a rented one-room home.

Asif finally got released in February 2018, after a long and difficult 5 years struggle of his wife. Kauser was a part of every demonstration, protest and campaign organized for his husband between 2013 and 2018. The struggle of Kauser eventually led to a fruitful result as the authorities finally release her husband.